Learn how to bake bacon in the oven, and cut your breakfast or dinner preparation in half. No more standing at the skillet waiting for a few pieces to fry at a time. When prepared in the oven, bacon turns out just as good as when it’s fried and makes less mess!

Some of my favorite recipes include bacon therefore I cook it often. Bacon and Corn Pancakes are my absolute favorite! Creamy Chicken and Bacon Pasta is another favorite of mine.

It may sound surprising, but many people don’t know how to bake bacon. In fact, quite a few people didn’t even know it was possible. That’s definitely understandable since most of us grew up with bacon being fried in a skillet.

This method feels like it takes forever because you can only do a few pieces at a time.

Let’s be real here though if there’s a way to not have to stand there for a long period of time just waiting for the bacon to finish, I’m going to take it.

How To Bake Bacon In The Oven

There are a couple of different ways you can do this. Depending on how you prefer your bacon will decide on which method you choose. 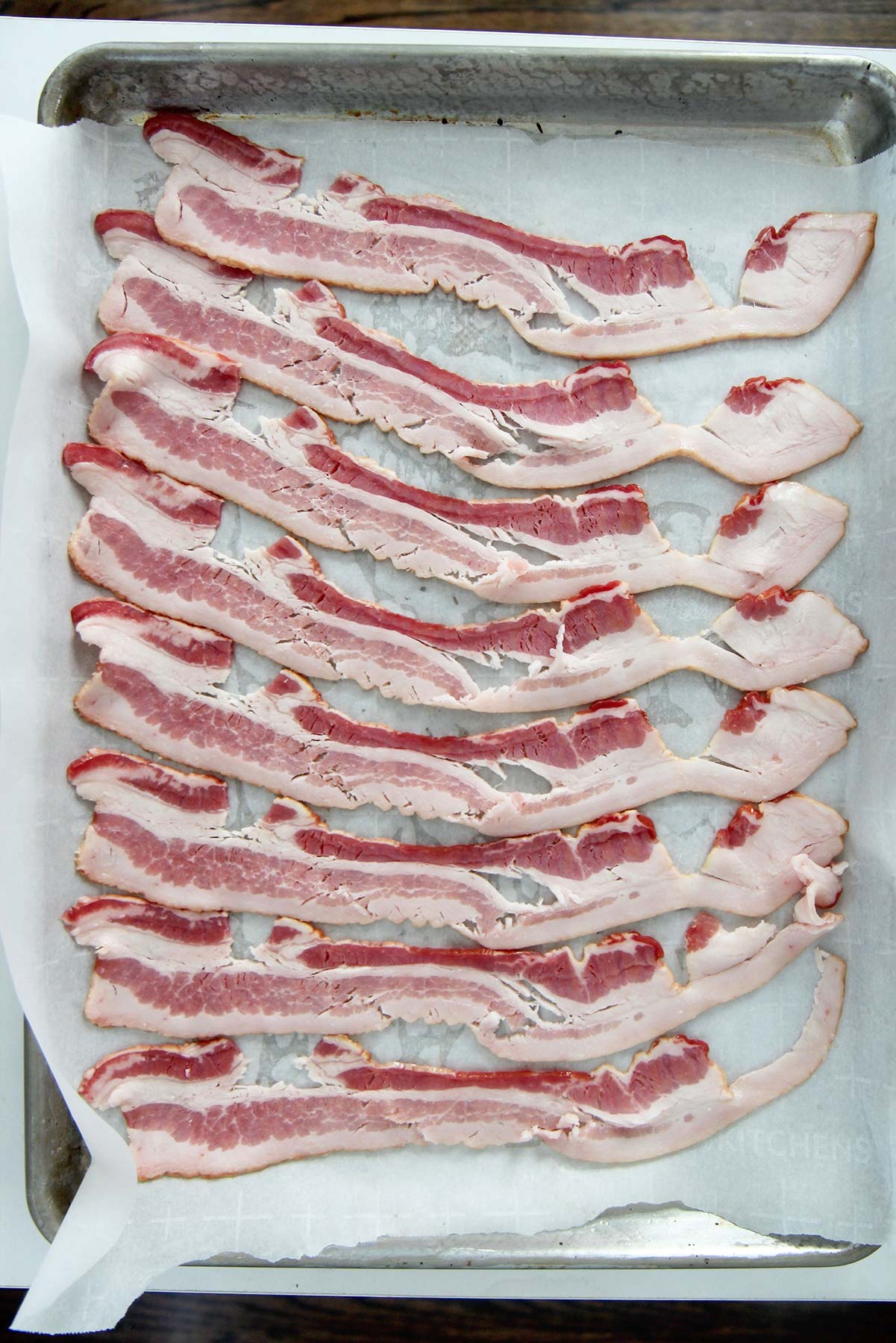 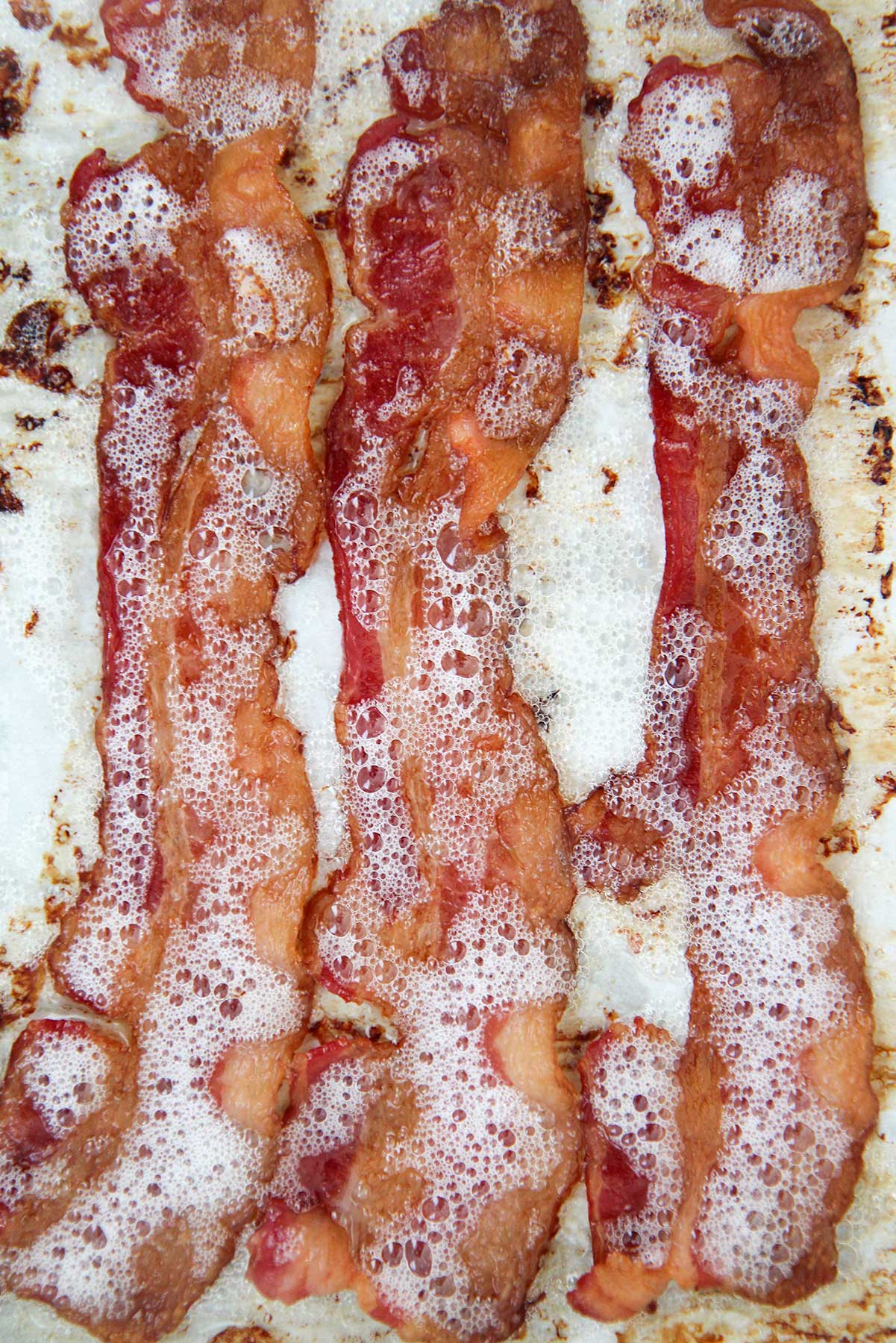 What Temperature Should Bacon Be Cooked To?

Did you know bacon can be found throughout history as far back as 1500 B.C.? The Romans even called it “petaso,” which was the recipe that was actually carried across the world.

It eventually became the bacon we know and love today. They actually used to boil their bacon instead of fry it. So, bacon has been prepared a great many ways throughout history, but the most popular method was frying.

I definitely love fried bacon and I was pleasantly surprised when I found that baked bacon was just as delicious. 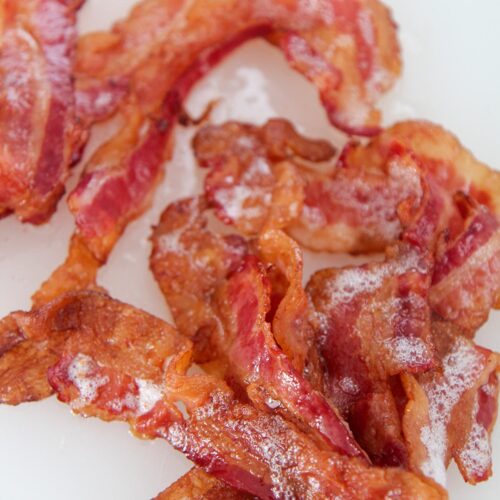 How to Bake Bacon in the Oven