Sopapilla cheesecake bars made with crescent dough, cream cheese filling, and a cinnamon-sugar topping. Inspired by the popular Mexican dessert “sopapillas”. This is hands down the easiest cheesecake dessert you will ever make! Made in under 50 minutes, no water bath required, and no cracks to worry about.

Enjoy these mouth-watering bites of heaven with a cup of coffee or tea for the ultimate dessert or breakfast option. 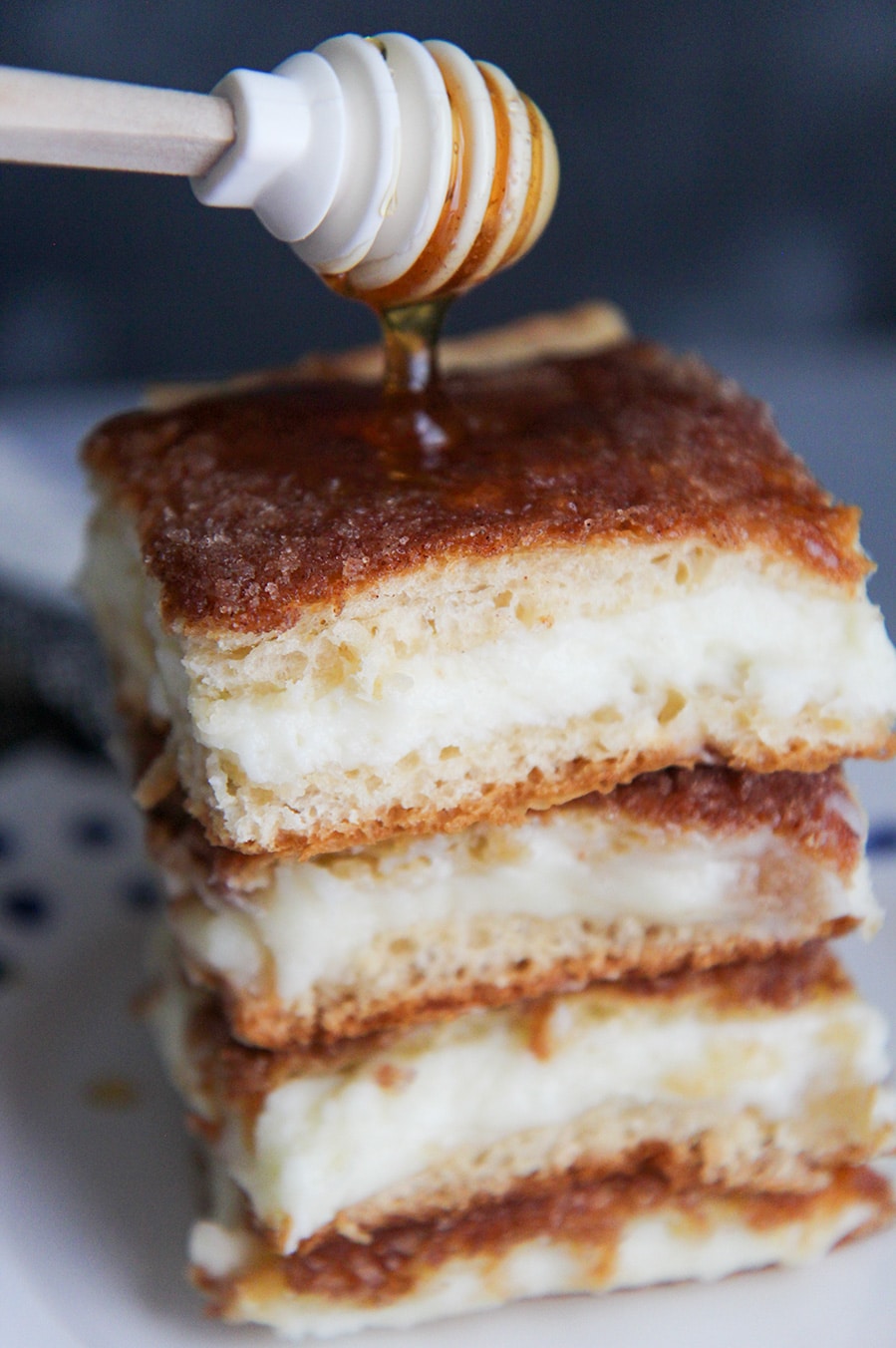 These sopapilla cheesecake bars remind me of churros. Imagine hot and fried delicious churros stuffed with a creamy rich filling. Now we’re talking! The best part about this recipe is the fact that it’s super easy to make. Who can resist a layer of cheesecake baked in between crescent dough?  A drizzle of honey on top is almost a must. Also, you can enjoy these warm or cold. Without a doubt, this is the best dessert you can bring to a potluck or game-day.

Sopapillas are crispy and delicious fried pastries traditionally coated in a cinnamon-sugar mixture. Although this cheesecake isn’t made with fried dough, the crescent dough when baked and topped with cinnamon and sugar tastes almost exactly like sopapillas.

Like I mentioned above, the simplest recipe you’ll ever make. Here’s all you have to do. 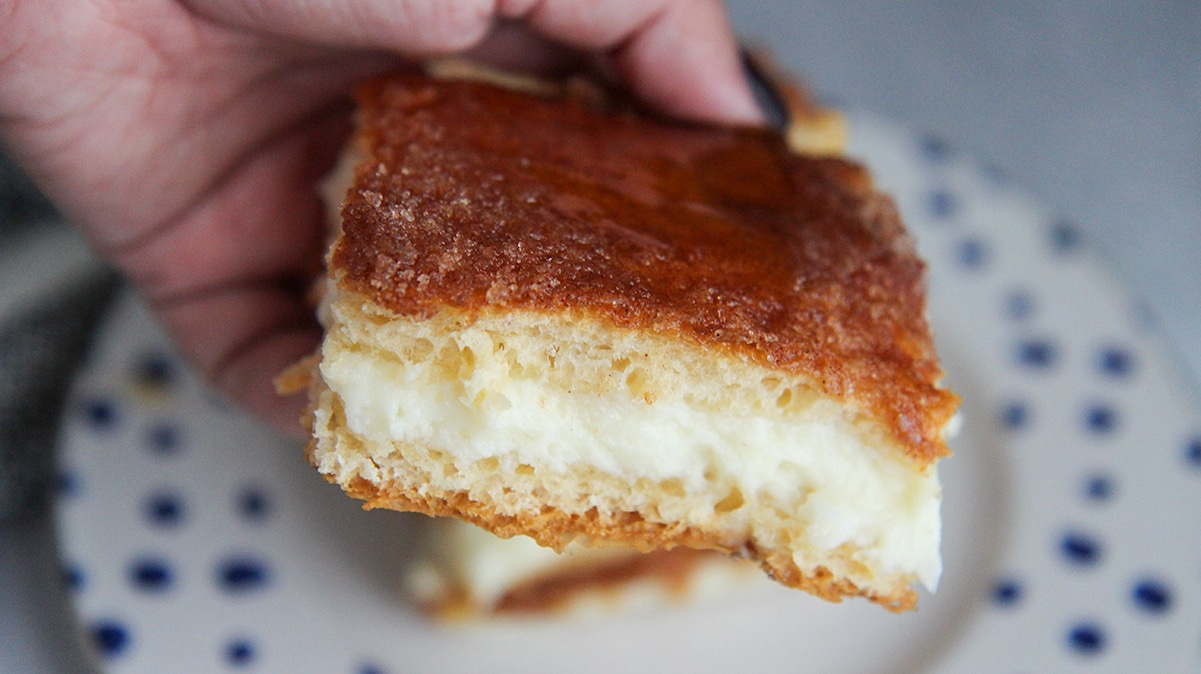 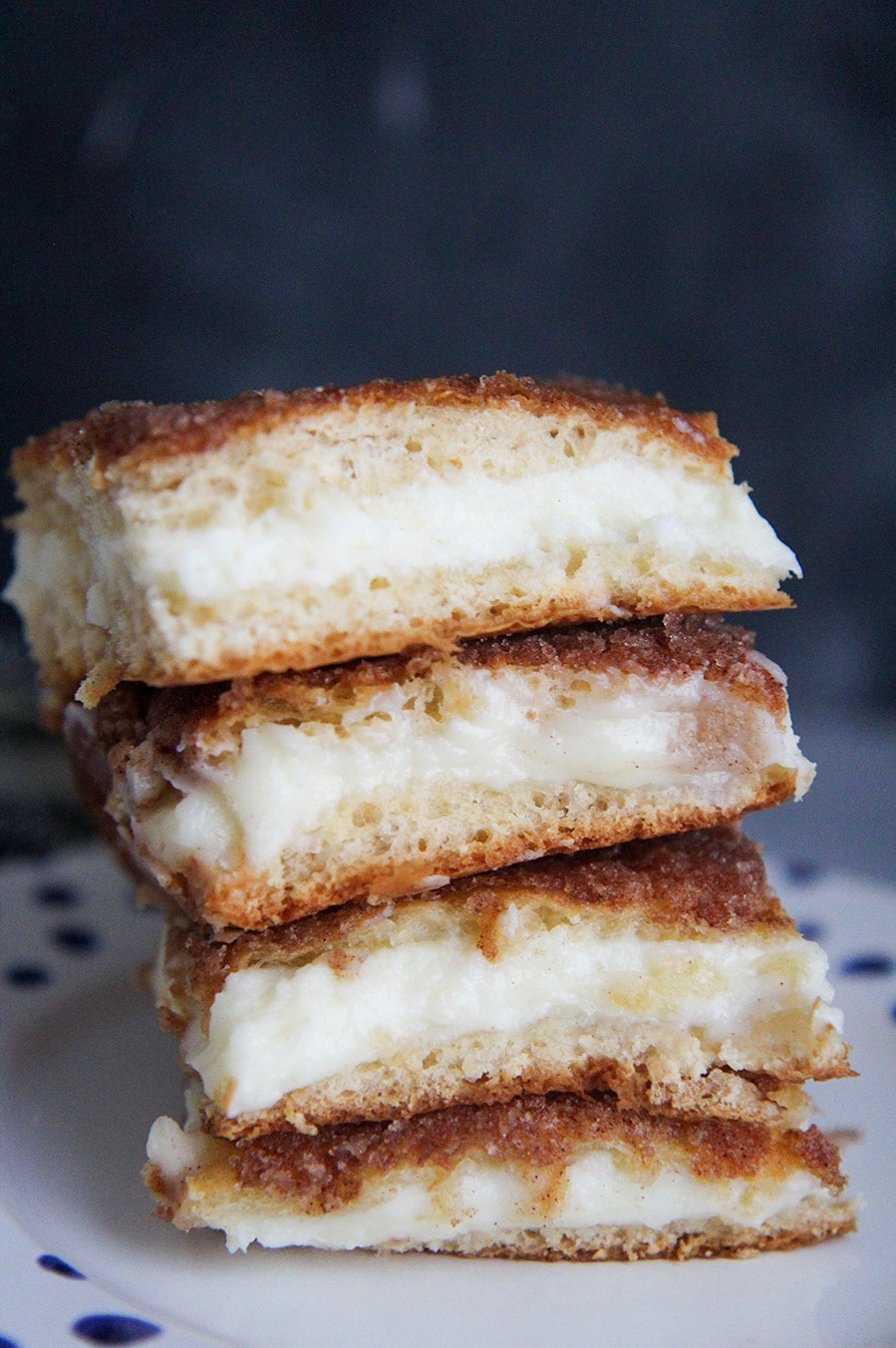 If you enjoyed these decadent cheesecake bars then you will also enjoy these cheesecake brownies. This fruity pebble cheesecake is another favorite!  You can also find other delicious recipes and cooking tutorial videos on Youtube and Facebook. 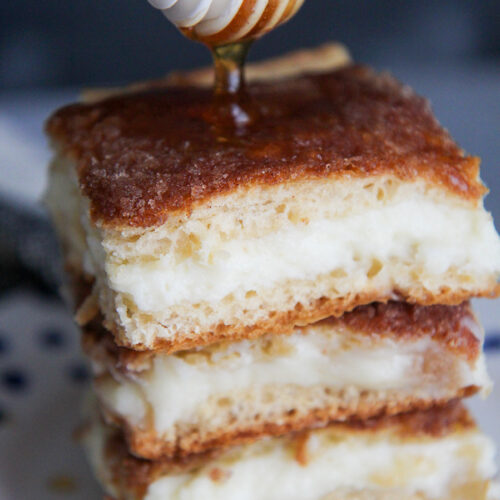