Liven up the holiday fun and add in this recipe for coquito! A deliciously rich drink just like eggnog, but with a Puerto Rican touch to it. Three different kinds of milk, cream of coconut, rum, and cinnamon make up this unforgettable holiday recipe. 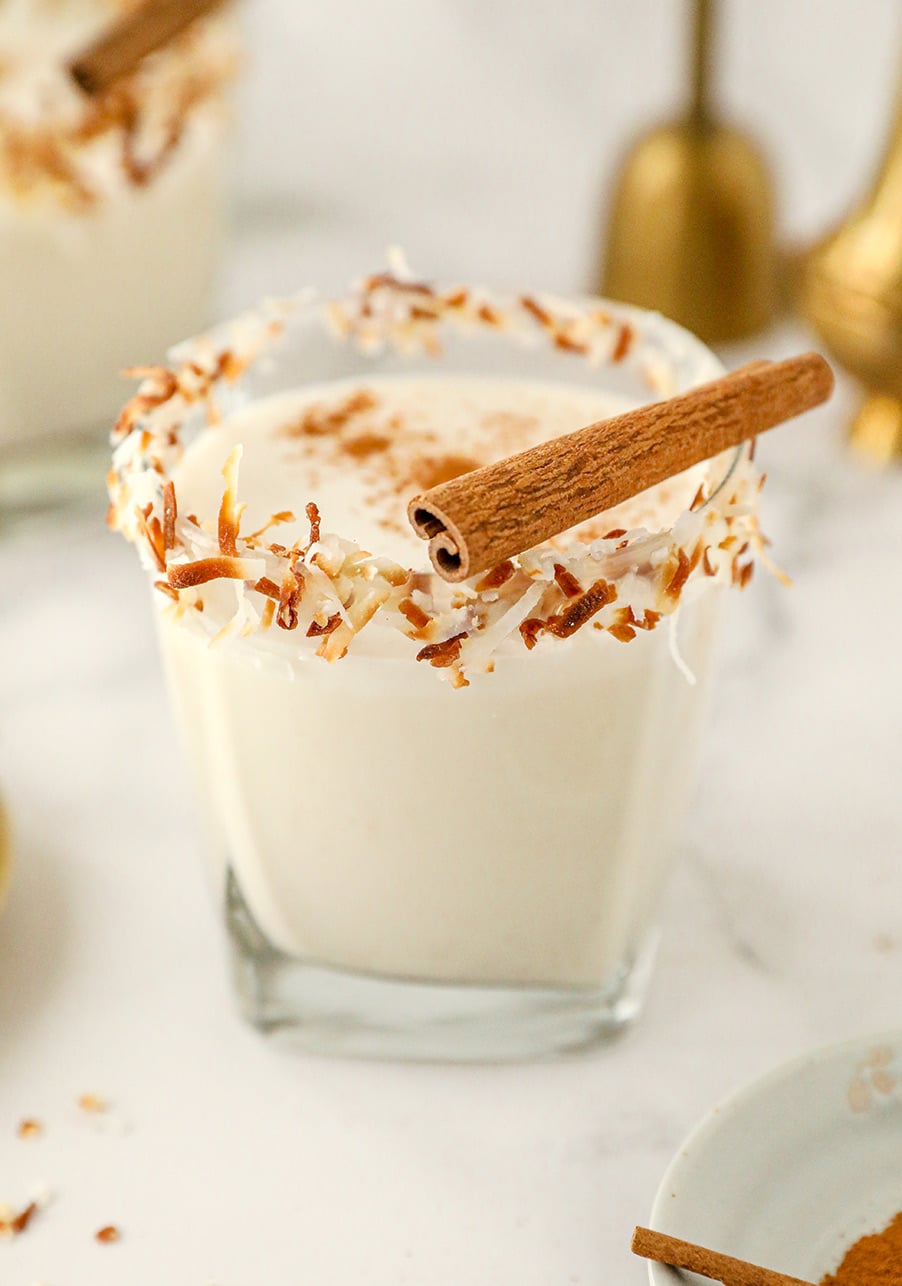 Mix up your traditions a bit this year and instead of making your traditional eggnog, make some Coquito! A decadently rich alcoholic beverage, meant just for the holidays. While you’re at it, you can toss in another holiday recipe and make a Peppermint White Russian with some Gingerbread Cupcakes or New Orleans Pecan Pralines on the side. For good measure, of course.

Ig you want to go Puerto Rican style with your eggnog, you whip up some Coquito! It’s actually referred to as “Puerto Rican Eggnog” although it doesn’t contain any eggs. Some people do add eggs, but I’m not a fan of adding them. It’s got a coconut flavor base with a little bit of spice thrown in it, and of course, rum. The name “coquito” actually translates as “little coconut.” What does it taste like? It is on the sweet side. It almost tastes like melted creamy coconut ice cream. 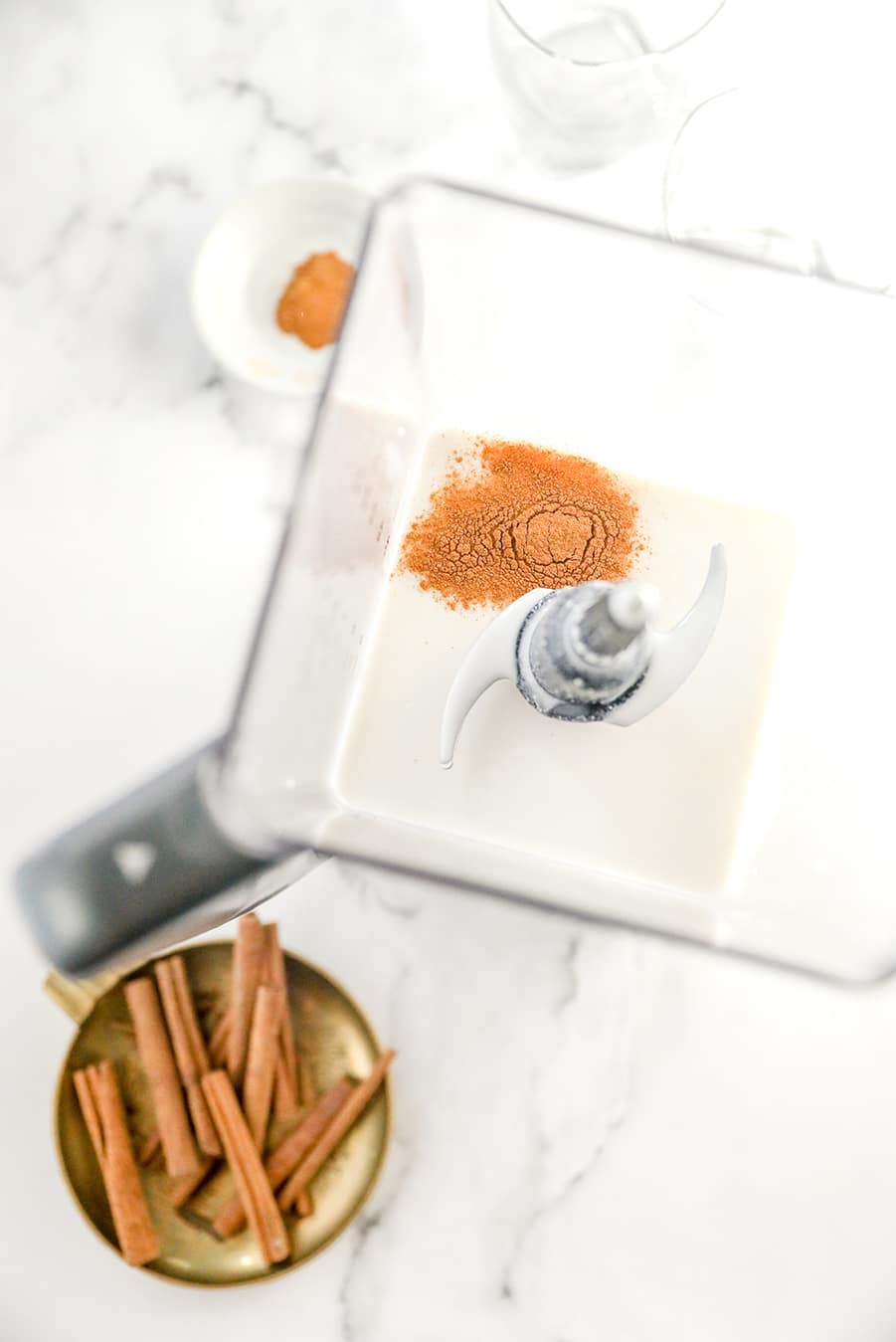 Tips For The Ultimate Coquito

Can You Get Drunk Off Coquito?

This depends on how much alcohol you add to the coquito mixture. If you’re adding just enough for flavor’s sake, you might get a little buzzed, but definitely not drunk. However, if you go heavier on the alcohol, such as the entire bottle, then yes, you’ll definitely get drunk. Of course, it also depends on how much you drink the Coquito as well. If you only have one glass, you won’t be drunk. Drink responsibly!

What’s the Difference Between Coquito and Eggnog?

The largest difference is the egg content. Coquito doesn’t contain eggs, but eggnog does. Further, Eggnog requires a cooking period while Coquito is made without cooking and is super easy to toss together. Some of the spices used may differ a little as well. However, there are a couple of Coquito and Eggnog recipes out there, so I can’t speak for them all. In general, these are the basic differences you’ll come across.

Can I Make This Without Alcohol?

Yes, of course! Feel free to simply omit the rum if you want to serve this to the kiddos or people who don’t consume liquor. You can also make two. One with rum and one without, just make sure to label them.

If you love Puerto Rican recipes then you will love this pernil. This arroz con gandules is another Puerto Rican classic. You can find more delicious recipes and cooking tutorial videos on Youtube and Facebook. 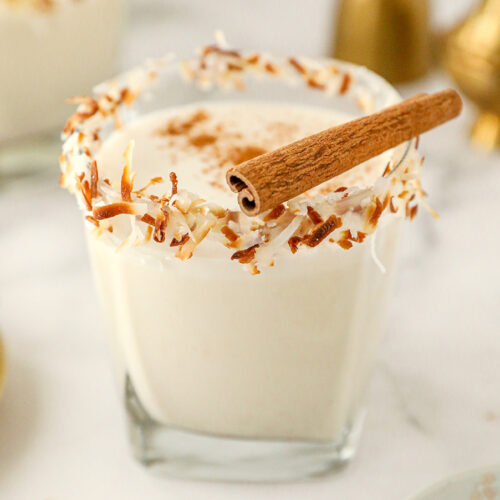