Go for the classic route this holiday season and make this delightful baked ham with brown sugar glaze. A spiral ham baked to perfection with a homemade glaze of brown sugar, mustard, and cloves. An extremely easy recipe that results in a very satisfying and succulent main course. 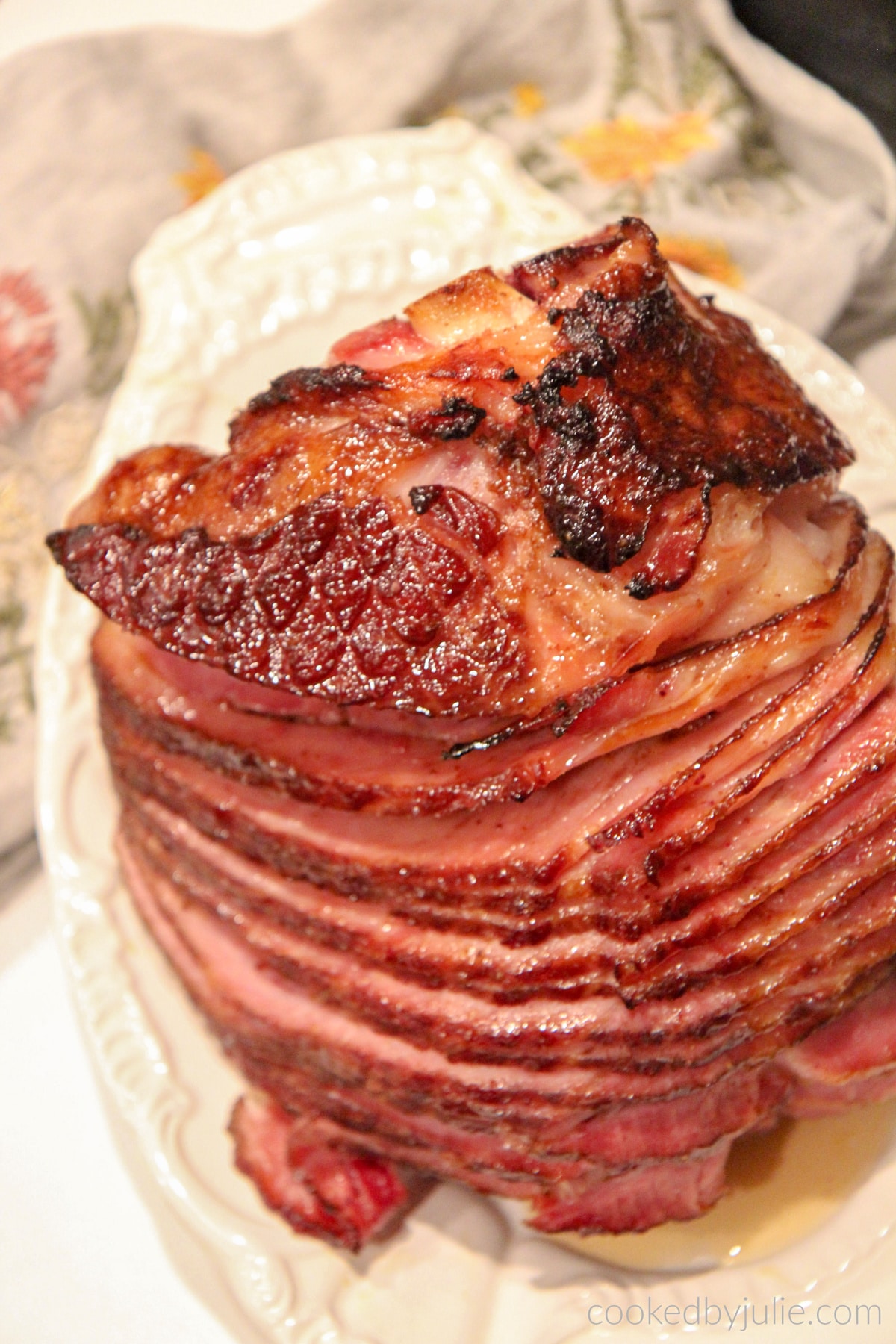 I am all about those meaty mains. I mean, that’s not all I eat, but they’re definitely one of my favorites. Some of the dishes I make constantly are Instant Pot Whole Chicken, Air Fryer Steak, Honey Sriracha Air Fryer Salmon, and Juicy Roast Turkey. I know, it sounds like I make meals going before a king at a giant feast. However, these are all so easy, that it’s my way of making a “fancy meal” without all the work involved.

There’s nothing better than spoiling your family (and yourself) with a stellar dinner without putting so much work into it. Don’t get me wrong, I’m all about being in the kitchen, but I definitely need my breaks where I can catch them. This baked ham is one of the breaks I’m giving myself while also treating myself. Plus, it makes a holiday dinner that much easier and less stressful.

Let’s talk about the glaze…

I didn’t cook the glaze on the stovetop because I felt it was unnecessary since it will cook in the oven anyway. The longer you let the glaze sit, the more it will thicken. You can certainly add some spice to the glaze if you’d like. Sriracha is a good option here. The glaze will be super sweet because the ham will be very salty.

You may rinse the ham and that will get rid of some of the salt. Make sure to pat the ham down with paper towel before placing it in the oven. 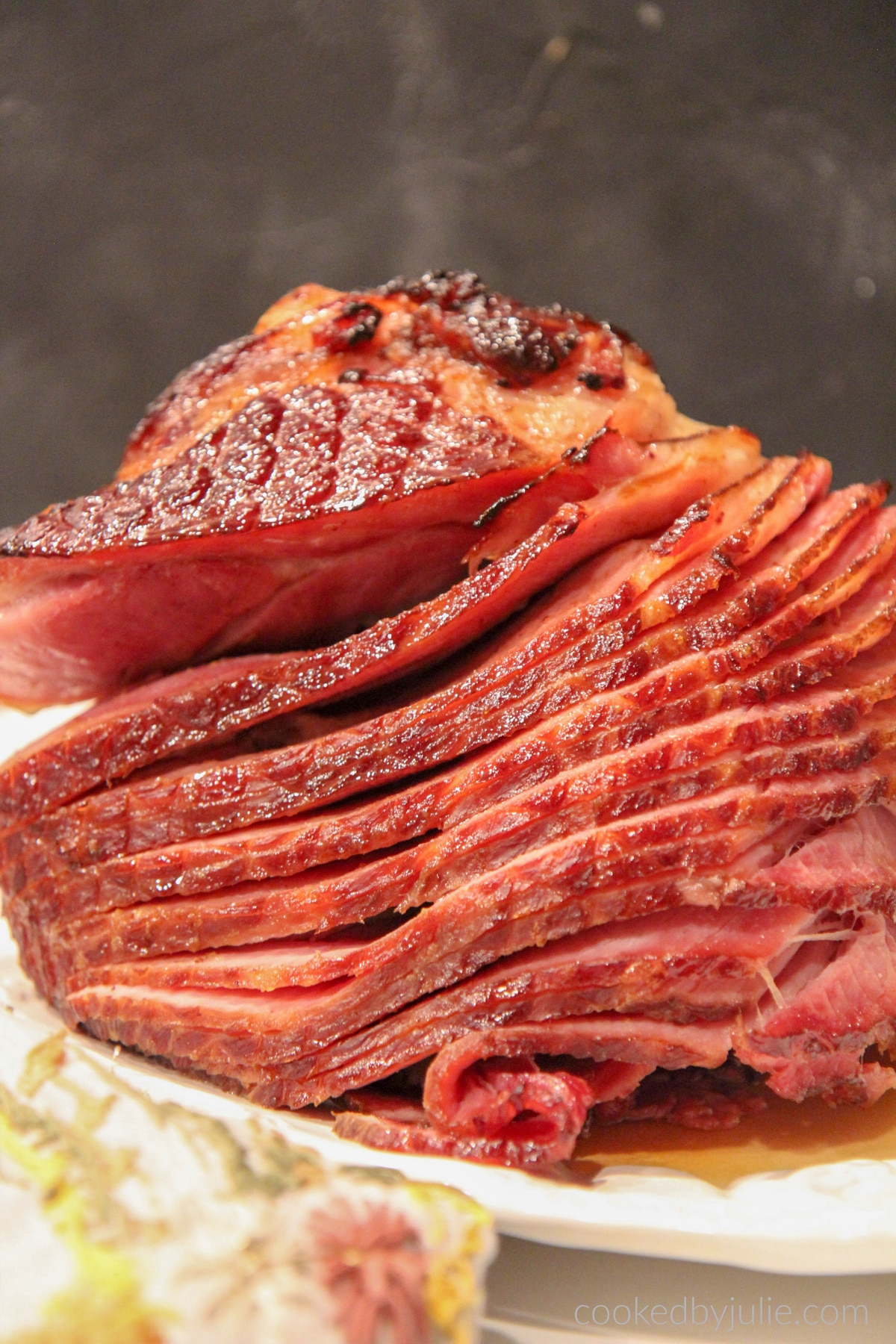 How Do You Cook a Ham Without Drying it Out?

The trick is to baste it throughout the process. It’s difficult to not dry out large portions of meat like this ham. However, as long as you open up the oven and ladle some of the drippings over the top of it every once in a while, you should be good. I tend to go for every 20 minutes, but you can do it more often if you feel like you need to. You could also cover the ham for the later portion of the cooking period. This tends to keep moisture in.

Should I Cover The Ham?

I cook mine uncovered, but you can definitely cover your baked ham if preferred. If I cover mine at all, it’s normally in the second half of the baking period to help ensure it doesn’t try out. However, I usually keep it uncovered because it makes it a much easier process for basting. I don’t normally have any issues with my ham being dried out, so I tend to go the easier route. If you have a larger ham than 10 pounds, then covering it might be more important. This is due to the longer cooking time it will need to undergo. 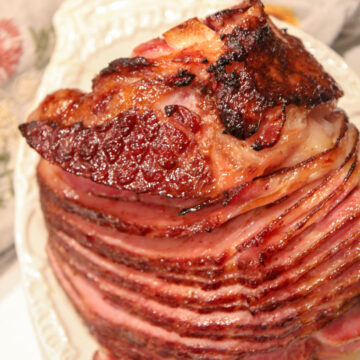 Rinse the ham to get rid of any excess salt.