Make breakfast or dessert a success when you toss together these Nutella Stuffed Donuts aka bombolini! This recipe has a classic doughy outside that envelops a decadent serving of Nutella. Top it off with granulated sugar for one of the most delicious treats you’ll ever have.

Excuse me while I take a second to compose myself long enough to write this out for you. I’m more than slightly obsessed with hazelnut spread. Everything it touches becomes just as precious as gold. By the way, these also go by Italian fried doughnuts or bombolini.

Nutella stuffed donuts are probably one of my favorite Nutella recipes I’ve made, to date. However, that’s hard to peg down since I’ve made countless recipes and I’m still going! If you take a quick look at my recipes, you’ll see that I’m not kidding. If I had to narrow it down to a top three, these donuts, Nutella Cupcakes, and Nutella Mousse would definitely top the chart.

How to Make Nutella Stuffed Donuts 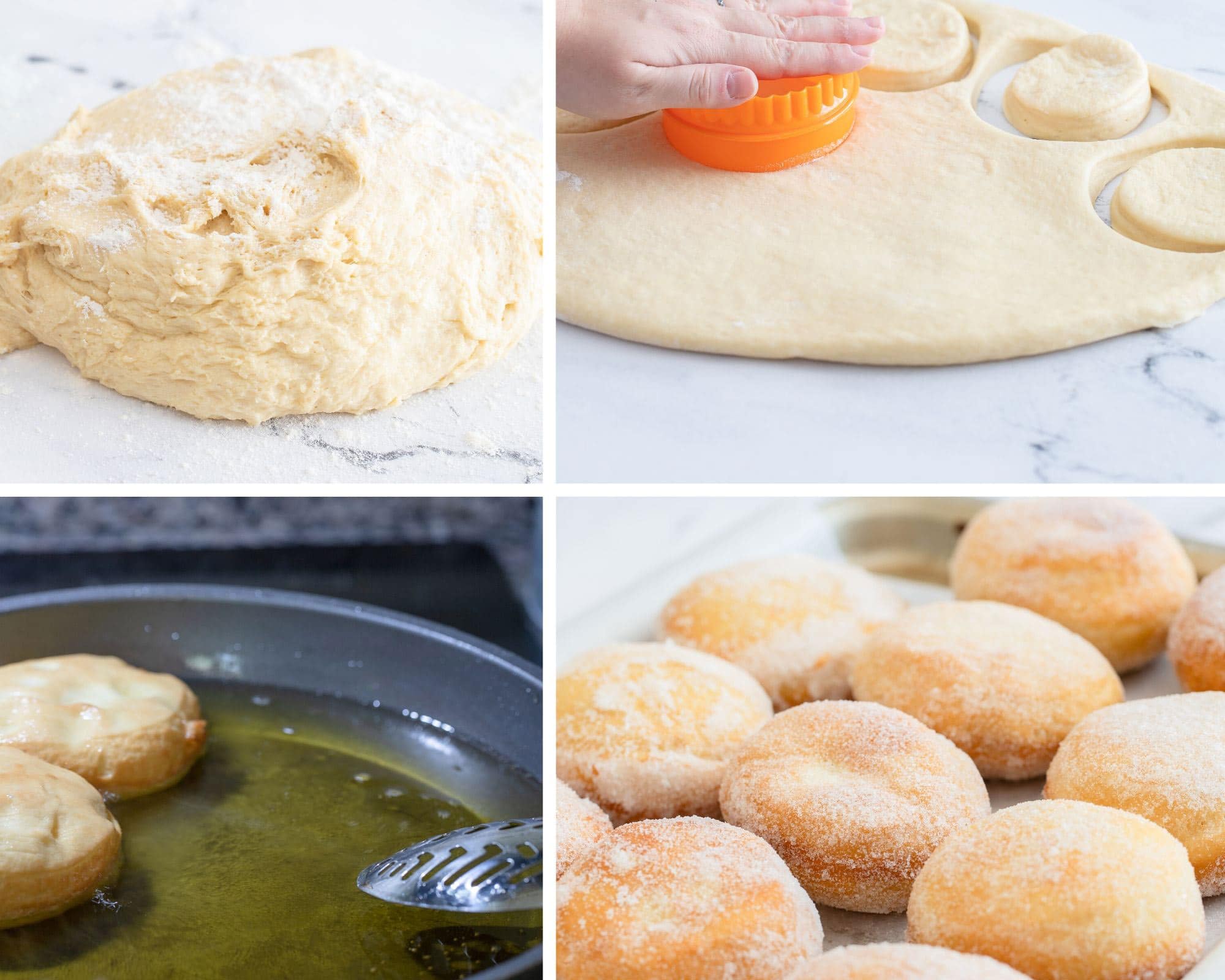 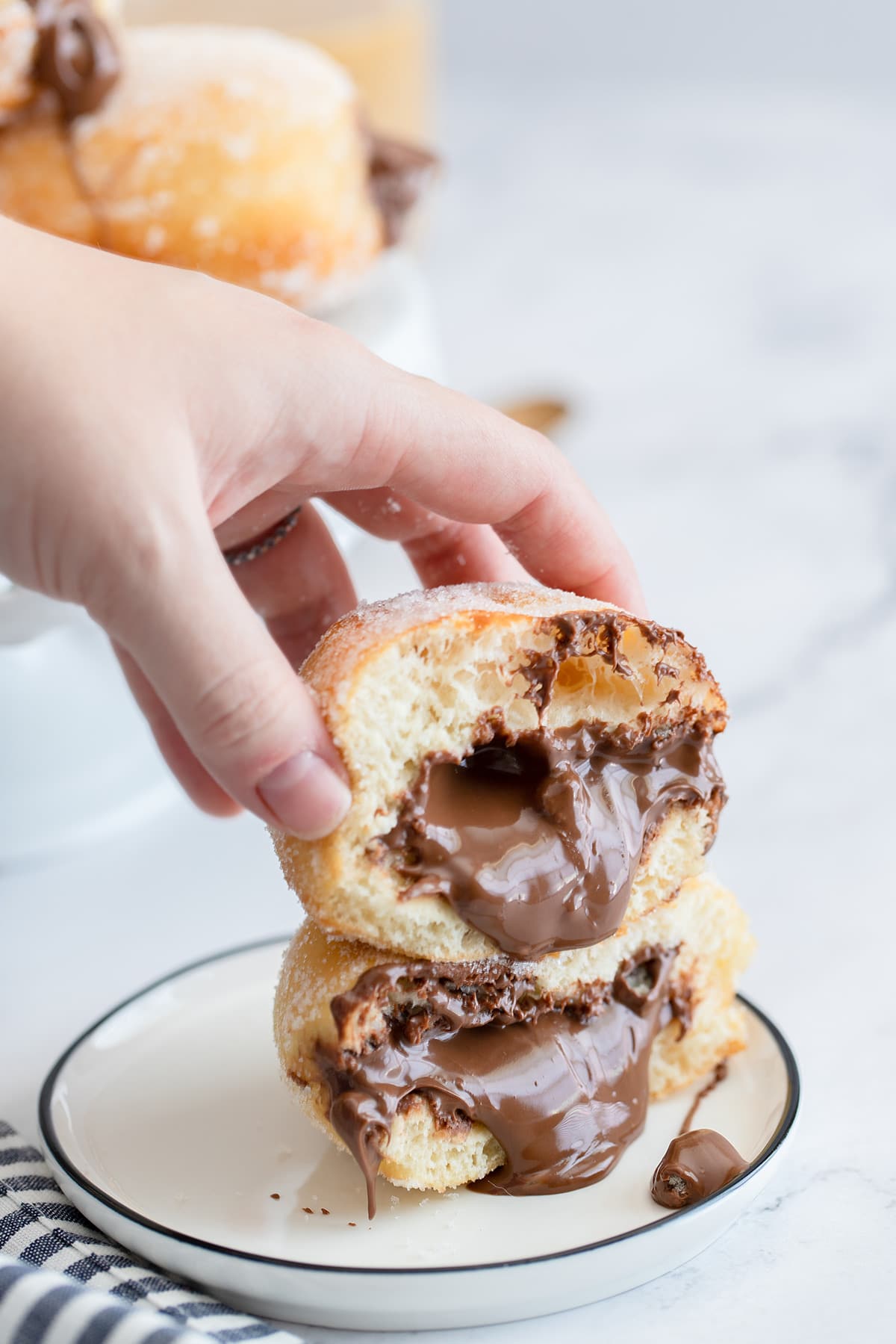 What is the Difference Between a Donut and a Doughnut?

There’s not one difference between a donut and a doughnut. They’re both the same thing. Americans are well known for their slang or the shortening of words. That’s what we have in this situation. The proper spelling of the dessert is “doughnut,” but it has been shortened to “donut” by the US. In fact, it’s quite a bit more common to see the slang term rather than the official term.

Why are Donuts Called Donuts?

There was no real planning to the name of this popular dessert food. It was simply a term coined by Washington Irving in the early 1800’s. He spoke of the dessert we call donut holes now, so they have the appearance of peanuts. Although there’s no real information about why he called them that, it’s pretty plain to see how he might think donut holes have a peanut appearance.

If you loved these Nutella Stuffed Donuts as much as I did or simply have a question or two, let me know in the comments below or hit me up on social media! 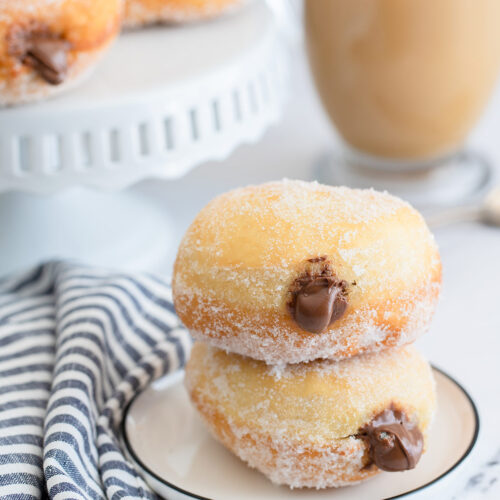